MAKING AN MCS DOCUMENTARY ... A Canary's Angle on the issue from Kimberly Shaw

Notes from Mokihana
Several months ago, maybe a year ago, I received an email from Kimberly Shaw saying she had gotten my name from Susie Collins from The Canary Report.  Kimberly was in the early stages of assembling a dream to create a video documentary about MCS, an illness she lives with as well.  She was writing to ask if I'd be interested in being interviewed.  I remember asking her to read our blogs to get an idea of what our story (ies) are, and then we'd chat, again.

Kimberly Shaw has moved forward with that dream of filming a documentary, and has read our blogs.  This 'adventurous canary' has travelled and met many who live with Multiple Chemical Sensitivities and is coming to visit Pete and JOTS and me this coming Tuesday for lunch and a bit of chatting.  She has given me permission to republish the following article as an ANGLE on MCS, originally appearing on The Canary Report.

Kimberly Shaw maintains a contributing blog on The Canary Report and also has her own blog Adventurous Canary.  Mahalo Kimberly for this insight into your transofrmative art.


MAKING A DOCUMENTARY ABOUT MCS IS DIFFICULT, INSPIRING
By Kimberly Shaw
At a recent film festival someone asked me,”What it is like to make a documentary about MCS while having MCS?” At the time I just expressed it was DIFFICULT! Making a film is a challenge to begin with then add into that the need for a fragrance-free chemical-free film crew, travel (and the stresses involved with traveling with Multiple Chemical Sensitivity!), equipment that will not bother people with sensitivities, concern about protecting and keeping safe the people we are interviewing and then planning how to keep myself safe. It is difficult!

As it turns out, though, making a documentary about MCS has been one of the greatest learning and growing experiences of my life. I used to think I knew a lot about MCS, but every time I interview someone with MCS, I learn something new. Sometimes the information coming at me is overwhelming. I wish I could do a ten-part series rather than try to convey what needs to be conveyed in one documentary.

With each person with MCS I meet, I am reminded about what is important: clean air, pure water, natural organic food, a safe place to live, community and love. The MCS community is amazing! If you are having a tough day you can always find a MCS friend on Facebook or The Canary Report. We are no longer alone and isolated! We may struggle to have a safe place to live, but we always have a home online with others who understand.

In the process of making the film, I have discovered that people without MCS are interested in learning about MCS. Most people can relate in some small way. They might have a relative or someone they work with who gets headaches from perfume or they know of someone who cannot be around new carpet. They are curious! They are ready to be educated!

Making a documentary about MCS is very inspiring. The people I have met with MCS are strong, talented, amazing people. Everyday is a battle and they are winning (well, most of the time, we all have our bad days!). It reminds me of how far I have come in my journey and that there is always hope. I used to hardly be able to leave the house and now I am traveling and making a documentary!

Next time someone asks me about making a film on MCS while having MCS, I think I will smile and say, “It has been one of the greatest blessings of my life!” However, if they ask me what it is like to attend a film festival with MCS, I will reply, “Difficult!”

Update on the documentary:

We are hoping to finish all the interviews by the end of this summer and have editing done by late October. If you live in any of the following places, have MCS and are willing to be interviewed, please contact me: New Mexico, Colorado, Florida, Texas, Seattle, Washington state, Arizona, Maui (or nearby island), California (especially southern CA) or Alaska.
Posted by Mokihana Calizar at 1:35 PM

In doing some Googling I stumbled upon your article.
I began to suffer with MCS after an emotionally traumatizing incident.
I am going down the path of looking at Alanon and Step 1, my life is unmanageable so I try to manage it. Trying to "figure out"NAND control everything and everyone around me VS letting go and rising to a higher consciousness, and working through resentment and adult child issues then finding God and trusting Him instead of trying to run the show myself is probably going to be my solution...I find all these weird little diseases are spiritual maladies at the root and it is not until the spiritual is healed that the mental and physical follows but it's almost all at once
Something to consider anyway...letting go.

"When an activity raises threats of harm to human health or the environment, precautionary measures should be taken even if some cause and effect relationships are not fully established scientifically. In this context the proponent of an activity, rather than the public, should bear the burden of proof. The process of applying the precautionary principle must be open, informed and democratic and must include potentially affected parties. It must also involve an examination of the full range of alternatives, including no action." - Wingspread Statement on the Precautionary Principle, Jan. 1998

“Myth must be kept alive. The people who can keep it alive are the artists of one kind or another. The function of the artist is the mythologization of the environment and the world.” 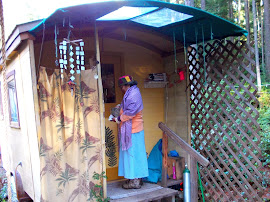 "Dressed for the season"

All content and photographs of building and process found on VardoForTwo is the property of Yvonne Mokihana Calizar and Pete Little.

Please ask before using any of the photos or processes used to create our tiny home. 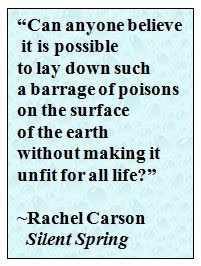 Create your own visitor map!

"He wishes for the cloths of heaven"
By William Butler Yeats

Had I the heavens' embroidered cloths,
Enwrought with golden and silver light,
The blue and the dim and the dark cloths
Of night and light and the half-light,
I would spread the cloths under your feet:
But I, being poor, have only my dreams;
I have spread my dreams under your feet;
Tread softly because you tread on my dreams.


"...the traditional Hawaiian belief in dreams, which persists with many Hawaiians today, is so powerful that they may be able to dream on demand, giving themselves and others insight into their inner lives and concerns as related to daily conflicts and problems...

Please do not steal our ponies. Contact us if would like to use our work. Mahalo, Mokihana and Pete
mokihanacalizarATgmailDOTcom